Why Owning Your Own Choices is the Only Way to Change 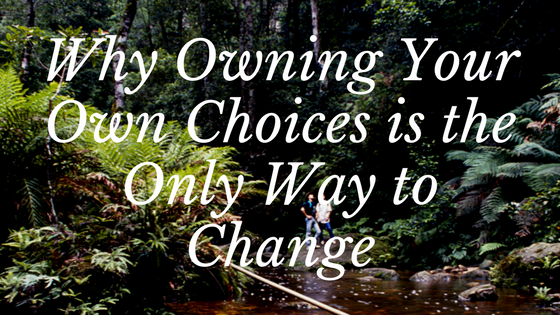 Can I be honest? One of my biggest pet peeves, as a parent and a person, is when people don’t own their own choices.

And you know, it’s funny. I don’t remember my parents drilling that into me as a kid or anything. I don’t even remember it ever coming up.

I do remember, like most of us, making mistakes and blaming other people. I remember, one time in particular, my step-brother and I were playing baseball in the street in front of my step-grandmother’s house. She didn’t have a ton of toys, and we were bored, so we went outside and found a stick and a rock and thought it would be a great idea to have batting practice.

I was the pitcher. My step-brother had the “bat.”

I had bad aim.

The rock went right through her beautiful window! I remember he and I were both so scared, I think we blamed the whole idea on each other!

I don’t even remember what her reaction was. I just remember being afraid of getting in trouble and deciding to blame him, and him blaming me.

So, I know I haven’t always been so strict about owning choices.

But somewhere along the line that changed. It might have been when I got pregnant at 16. I couldn’t really blame that on anyone else.

I took full responsibility for my choices. I worked through my pregnancy, had a beautiful daughter, and raised her into what I consider to be a pretty stellar adult.

I attended and graduated college while raising her, and managed to graduate with honors. (I’m still not totally sure how I did that!)

Maybe it was when I got myself into trouble as a teen and realized no one was going to get me out of it. My parents weren’t dumb. They knew I was the one who screwed up.

Or maybe it was the first time I wanted to make a real change in my life. When I realized my life choices had been fairly haphazard, leading me to a life I was happy with, but I knew I could be happier.

Have you ever talked with someone, a client or a friend, who blames everything that happens to them on someone else? If so, and I think most of us have, then you’ve seen the pain as they share their powerlessness over the situation.

Have you ever talked with someone, a client or a friend, who blames everything that happens to them on someone else? Click To Tweet

The same is true for us. No matter how long we’ve been coaching, or how much self improvement and development we’ve done, we can all fall into the same old habits. We can all get caught up in believing we have no control over things.

Before we know it we can get ourselves tricked into believing we had no power in a situation.

And the feeling of being powerless is an awful feeling.

Think back to a time when you felt powerless. A situation you were uncomfortable in, feeling helpless and totally under someone else’s control.

Now think back to how you got there. How did you end up in that situation, and what kept you there?

What would have happened if you had made a different choice earlier in the situation? What if you had left sooner? Spoken up when things started to go South? Changed your unspoken agreement to take part in the situation and simply refused to be a part of it?

How would that have changed your experience? How would things look differently to you?

If you are able to step back, and look at these kinds of situations objectively, from a 3rd party observer position, you may notice things look a bit different.

This is not a way to place blame on yourself, or a reason to feel guilty.

Quite the opposite. It is an opportunity to feel empowered! To feel free, like you can make a different choice and get a different outcome.

One of the important things to ask yourself when setting goals is if the outcome is within your control. That is because, if it’s not in your control, you can’t change it.

One of the important things to ask yourself when setting goals is if the outcome is within your control. Click To Tweet

What choices are you realizing you are in control of that before felt out of control? 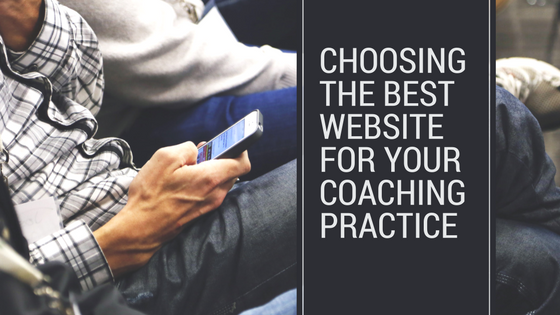