Why does it have to be a long road?

By Tracy HoobyarOctober 11, 2017 No Comments 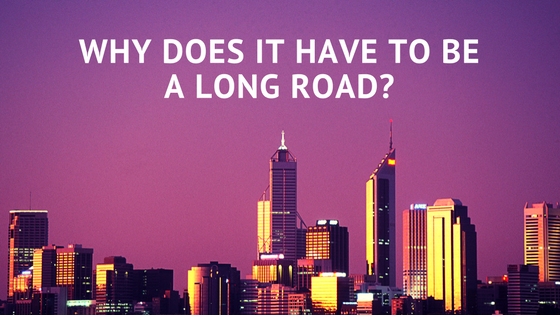 Have you heard the saying “It’s a long road but…?” It seems to come in and out of popularity and is usually used when talking about changing behaviors or making some other impactful change in life.

I hear that a lot when talking about changing habits. Quitting smoking, starting a new behavior…anything like that.

So, as I heard someone say this recently I began thinking back. Wondering how many times I have heard this saying before, allowing myself to believe it before even attempting the change.

And even more than that, I wondered how many times I had let this belief keep me from even trying, much less committing, to change.

Here’s another one you might have heard. “Change is hard.” Or “change takes time.”

What if it doesn’t?

Seriously. What if change were easy? And quick? What if we could affect change in ourselves anytime we wanted, without adopting this huge weight of time and difficulty that our well meaning friends and family are offering us?

[bctt tweet=”What if change were easy? And quick? What if we could affect change in ourselves anytime we wanted, without adopting this huge weight of time and difficulty that our well meaning friends and family are offering us?” username=”tracyhoobyar”]

What if we could decide to make change, look forward to it, and do it?

Wouldn’t it be amazing if you could confidently commit to change, and know that you would be successful?

I don’t know about you but there have been times in my life when I have decided to change a habit or behavior and not told anyone. Not a soul.

I was afraid if I told someone, and I didn’t succeed, everyone would know I had failed. They would judge me. They would think I wasn’t a person of my word. That they couldn’t believe me when I said I would do something.

So, I made secret committments to myself. When I decided to change a habit, I didn’t tell anyone. I would make the decision, and then do it.  And if people noticed later on, great. If not, if it was something that impacted them, I’d tell them.

AFTER I was successful.

After more years than I care to admit of doing this, I got really good at changing my habits. In fact, I got pretty great at it.

So great that I would routinely do things that people thought I couldn’t do, just to see if I could. It was very empowering. And a bit strange, I admit.

This odd exercise had two profound impacts on me and my life.

I discovered how to know when I was ready to change. I learned to recognize my own internal signs of change, and how to interpret the direction of those signs.

Secondly, and most importantly, I discovered my own strength, my resolve. I gained a faith in myself that I had never experienced before. I came to know that if I wanted to, if I was committed enough, I could really do anything I wanted to do.

This has been one of the most powerful learnings of my life!

I discovered that, most of the time, the only one holding me back was me. My belief system. My perception of things.

This is a learning I was lucky enough to get early on, and have had the fortune of learning over and over again.

We all make missteps. We all forget what we know, get lost in insecurities and fall into old patterns.

[bctt tweet=”We all make missteps. We all forget what we know, get lost in insecurities and fall into old patterns.” username=”tracyhoobyar”]

What’s so powerful about this belief is that, once I realize I forgot it, I can quickly fire it back up. I’ve done a lot of work around this belief over the years, and it has paid off in dividends.

Like many, if not most, of us, I grew up thinking that change was hard. It would take a long time and a lot of effort. It would be a “Long, hard road” that I would have to traverse if I wanted to make change in my life.

And I was wrong.

The freedom that I have experienced because of breaking through this limiting belief has been amazing!  It has filtered through so many areas of my life, I could spend hours giving you examples.

It really is that powerful.

I encourage you to notice your belief patterns. As you go through your days, notice when you find yourself muttering about the long road ahead, the hard change coming, any of those comments that will let you know there’s a belief there you might want to do some work around.

If you are having trouble breaking through that belief on your own, or feel like you would do better with a guide, work with a coach. There are a lot of great NLP coaches out there who can help you blow away your limiting beliefs so you can live the life you want…without limits! 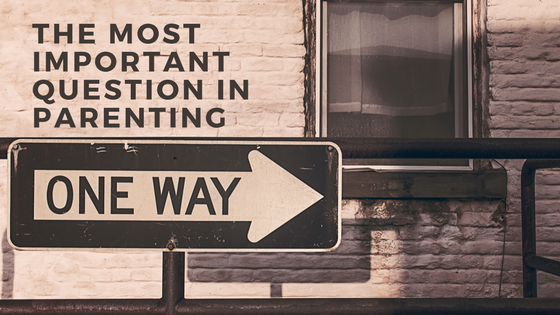 The Most Important Question in Parenting

The Most Important Question in Parenting